The FirstCar Awards 2021 in association with QuoteZone.co.uk recognise and reward the very best products and services within the new driver sector. A combination of the FirstCar judging panel and the new driver audience, where over 38,000 votes were cast, helped decide our winners!

We’ve listed the winners below, but you can view our short FirstCar Awards 2021 video here…

App of the Year – Driving Theory Test 4 in 1 Kit 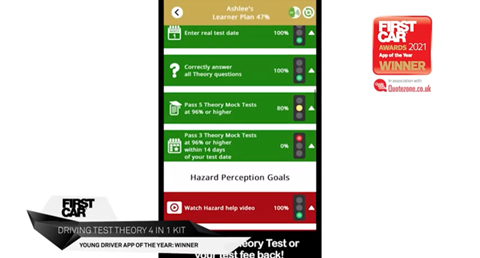 Within this one app, learners can revise with full confidence they have everything they need for the latest Theory Test – Including Hazard Perception, Highway Code and Road Signs. Their recently launched learner plan and pass guarantee scheme boasts a 97% theory pass rate, compared to the national average of under 50%. 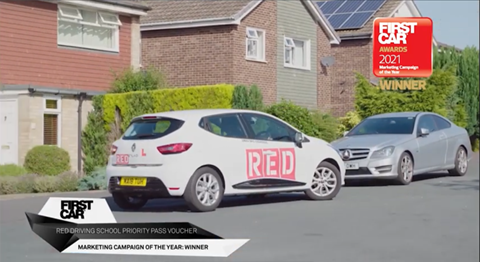 With a huge backlog of learners created by the COVID disruption, RED Driving School created a scheme to help the most proactive new drivers protect their place in the queue. During the course of lockdown, those who purchased a priority pass voucher received regular updates from RED and were the first to be allocated an instructor so they could get back on the road as soon as restrictions were lifted. Whilst others were competing for limited capacity with other driving schools, those with a priority pass could be confident of securing the lessons they wanted. 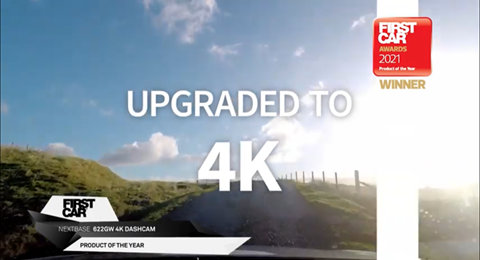 Our voters loved this product for several reasons – 4k image quality with stabilisation and night vision, Alexa voice control and integrated what3words, to name just a few. Car insurance is expensive enough for new drivers and this device helps protect your no claims bonus in the event of theft, or a collision that wasn’t your fault. 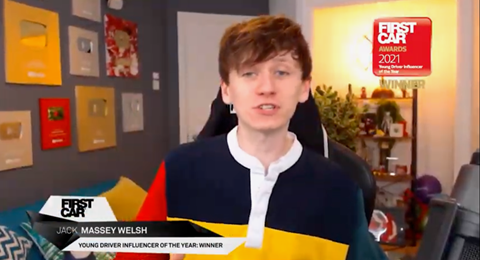 Jack’s channel is focused on his journey owning and testing his Tesla. He’s created tonnes of engine content on his YouTube channel and has quite a following. A unique and engaging way to view cars from a young driver’s perspective.

Most Wanted Used Car of the Year – Mini Hatch 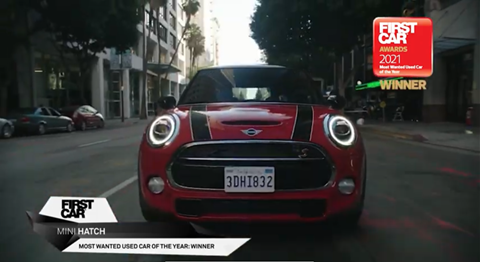 With over 11,000 votes, this is the car that puts the fun into driving – and despite its timeless design, the MINI is often more affordable than people think. The MINI Hatch has evolved over several generations, but the cool image has remained. This is no boring runabout, but a style icon any new driver would be proud to own. The third-generation MINI Hatch is bigger than its predecessors so it’s more practical than before. Find a car that’s been well cared for and you have a dream first car at a real-world price.

Most Wanted New Car of the Year – Audi A1 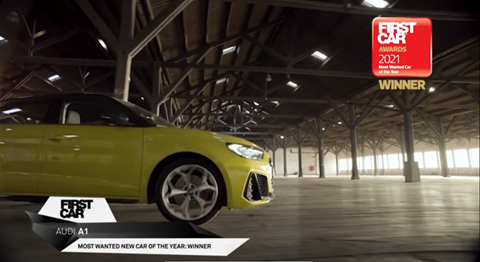 It’s not just the prestige badge and hi-tech infotainment system that will have won voters over – the new shape launched in 2018 has made the A1 perhaps the sharpest looking supermini on the roads. It will cost more than most superminis, but that’s the price you pay for a posh badge, upmarket finish, and a high-tech cabin. Even the most affordable spec includes a big touchscreen, Apple CarPlay and Android Auto.

Used Car of the Year – Hyundai i20 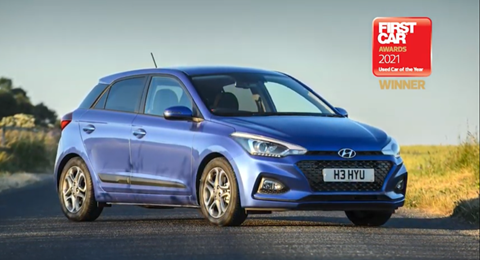 Well for starters the i20 is one of the most reliable small cars you can buy, scoring 99.3% in the What Car? Reliability Survey 2020. And even if something does go wrong, many second-hand buyers will benefit from the standard five-year/100,000-mile warranty. The cabin is roomy and practical for such a small car – certainly bigger than most rivals. It’s easy to drive and has a comfortable ride, too. If you’re able to buy a 2018 or later model when the equipment was updated, you’ll get some nice tech touches. The i20 has a wide range of engines, with an insurance grouping as low as 6E depending on which one you choose.

The Hyundai will make a fantastic first car and is well-worthy of being crowned FirstCar Used Car of the Year 2021.

Car of the Year – Renault Clio 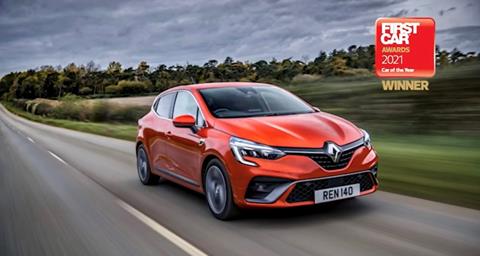 The Clio has excellent safety standards, including a five-star Euro NCAP rating and 96% adult occupant score. In fact, the Clio was joint safest in it’s class during the 2019 tests, sharing the top spot with the Audi A1. In addition to occupant safety, this car has many driver assistance systems as standard, including Active Emergency Braking with pedestrian and cyclist detection, even on the entry-level Play model. The standard tech is pretty impressive too, with DAB radio and Bluetooth on all models. There’s also Apple CarPlay and Android Auto on everything except the Play.  The five-year warranty will help avoid unexpected bills and the fuel economy is excellent, at between 52 and 67 miles per gallon depending on your choice of engine. Finally, the entry-level Play SCe 75 in Group 3 of 50 for insurance, lower than equivalent Nissan Micra, Peugeot 208, and Toyota Yaris.

With all this in mind, I think you’ll agree the Clio is worthy of being crowned FirstCar New Car of the Year 2021.

Many thanks to all who entered and those who voted and of course a huge congratulations to all of our winners.

This website uses cookies to improve your experience while you navigate through the website. Out of these cookies, the cookies that are categorized as necessary are stored on your browser as they are essential for the working of basic functionalities of the website. We also use third-party cookies that help us analyze and understand how you use this website. These cookies will be stored in your browser only with your consent. You also have the option to opt-out of these cookies. But opting out of some of these cookies may have an effect on your browsing experience.
Necessary Always Enabled
Necessary cookies are absolutely essential for the website to function properly. This category only includes cookies that ensures basic functionalities and security features of the website. These cookies do not store any personal information.
Non-necessary
Any cookies that may not be particularly necessary for the website to function and is used specifically to collect user personal data via analytics, ads, other embedded contents are termed as non-necessary cookies. It is mandatory to procure user consent prior to running these cookies on your website.
SAVE & ACCEPT

We have over 40 reviews of the best cars for first drivers. Read the full review of this years winner in the Just passed section… Register today and get all these benefits...